The microphone turns for Brian on Chelmsford Community Radio 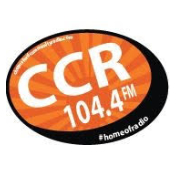 Our very own Brian will be appearing on Chelmsford Community Radio with a twist, as he will not be appearing as a guest but assisting host Paul Dupre, acting as interviewer firstly of Jacob, the inspirational 8-year-old who recently appeared on the BBC One Show.

He will then be talking to Paul Archer of Burning Codes about their new single ‘Cool to be Kind’ which is being released exclusively on Cool to be Kind’s website on 23rd February. Tune in to CCR on Wednesday 20th February from 8.30 pm